In The News Archives - Diaco Law 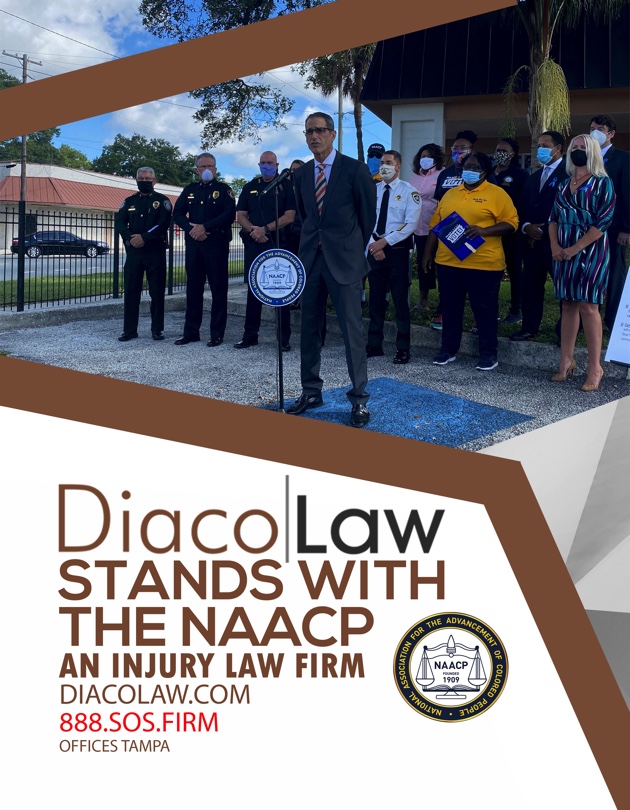 Joseph “Jay” Diaco and Dr. Daniel Diaco of Diaco Law, a Tampa personal injury law firm, are participating as sponsors in the Hillsborough County Branch of the NAACP Annual Freedom Fund Dinner Friday night at the Tampa Marriott Water Street.  As in years past, this event will be well attended by business and community leaders as it provides a significant membership opportunity for the Hillsborough County Branch of the NAACP.

The Freedom Fund Dinner was originally started in 1956 in a time of renewed national hope and determination among black Americans, even in the face of continuing racial violence and tragedy.  The National Chairman of the NAACP, Dr. Channing H. Tobias, had called for the establishment of a one million dollar fighting fund for freedom.  Housing segregation, employment discrimination and police brutality against black Americans were unfortunately fixed patterns in our nation’s way of life.

The Freedom Fund keynote speaker is Derrick Johnson, the NAACP’s national president and CEO.  He will be joined by political and local leaders for the annual dinner, which will focus on racial justice.  Now that people can gather in-person, and after more than a year and a half apart, the significance of the event cannot be understated as like-minded individuals gather to celebrate those who exemplify the values and philosophy of the NAACP. 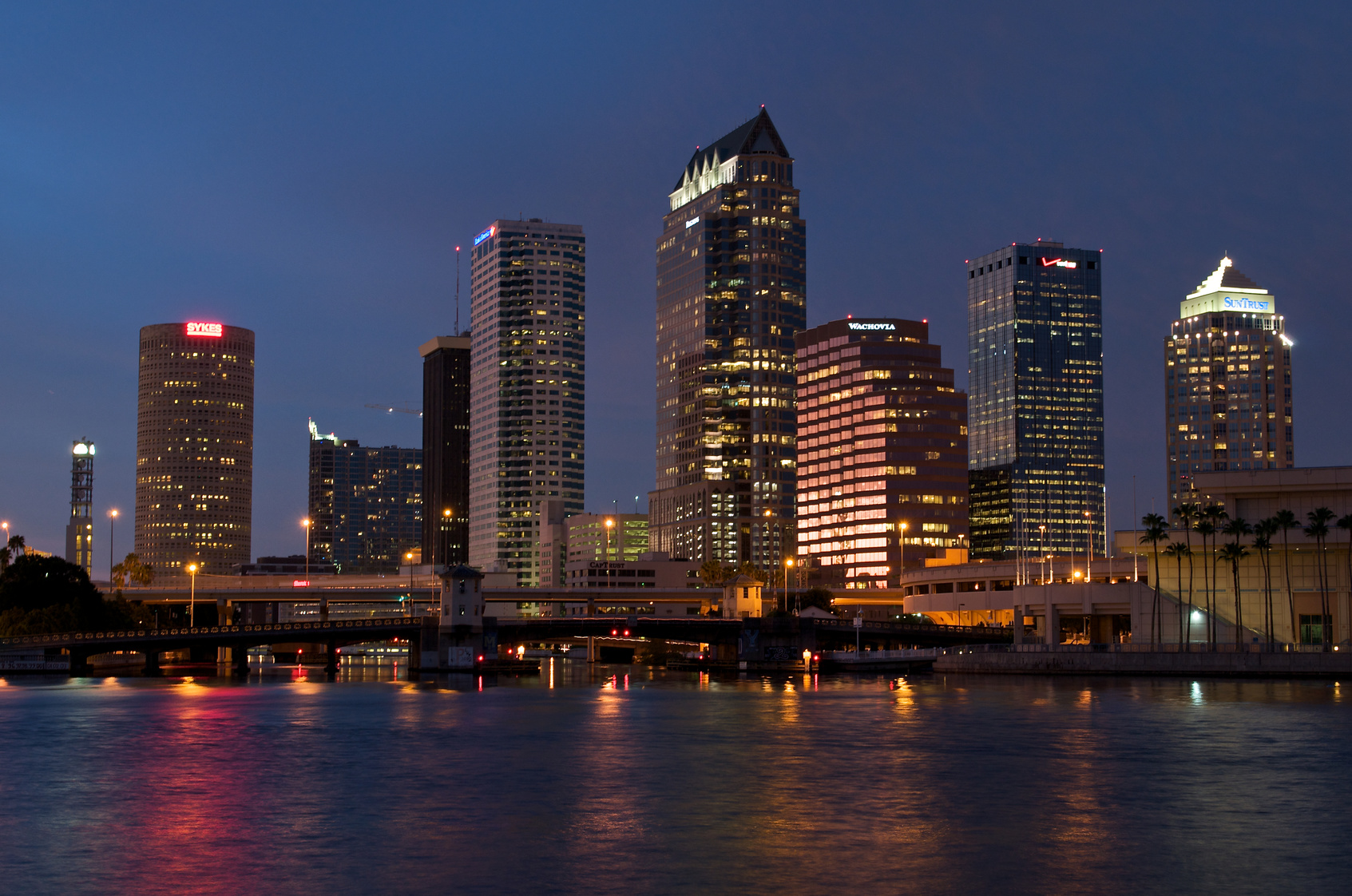 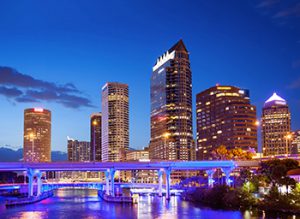 For more than 18 years, Diaco Law has enjoyed having an AV Rating of 5.0 out of 5.0 from Martindale-Hubbell. I received this rating from my fellow lawyers and judges. If you have been injured in an accident, call Diaco Law at 888-SOS-FIRM. At Diaco Law, we WILL take your call.

An  AV rating is an award from Martindale-Hubbell, where they evaluate attorneys for their strong legal ability and high ethical standards through a Peer Review Rating system.

Additionally, without the rating system, there was no way of truly knowing if the lawyer you were considering to do business with was trustworthy, ethical, or skilled in the legal field.

It’s an honor to have a high rating from Martindale-Hubbell. Diaco Law is a skilled law firm that will always take your call.

Glyphosate, the active ingredient in the world’s most popular herbicide RoundUp is having a contentious moment worldwide. A staggering estimated 6.1 billion kilograms of RoundUp has been applied worldwide over the last decade, therefore it is important to fully understand the risk of this chemical to farmworkers, consumers, and the environment.

A precedent case for RoundUp went on trial in 2018, when Dewayne Johnson, a former groundskeeper sued Monsanto, a manufacturer of RoundUp for $289 million. The plaintiff claimed the pesticide gave him terminal non-Hodgkin’s lymphoma. Following the astronomical settlement, more than 800 people filed lawsuits against Monsanto regarding the adverse effects of RoundUp. If you or your loved ones have suffered physical damage as a result of being exposed to RoundUp contact Diaco Law today for a free consultation.

Another problem when it comes to RoundUp is that oftentimes pesticide manufacturers fail to disclose the whole list of ingredients in a pesticide. While, glyphosate alone might not be harmful when in combination with other chemicals it might pose a threat with extensive exposure to humans. Furthermore, the potential toxicity of RoundUp calls into question the safety of the food we are eating that is grown with the world’s most popular pesticide. 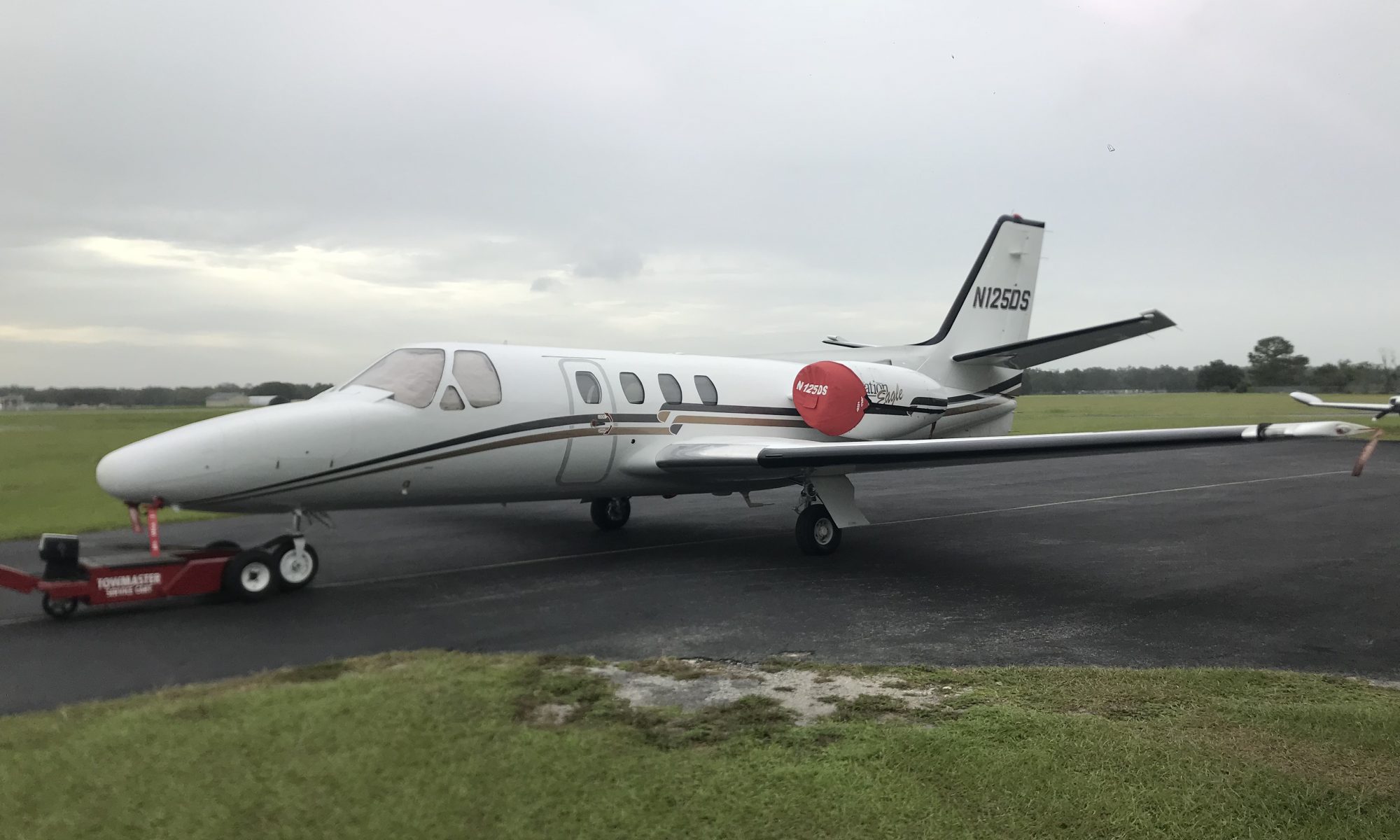 In the shocking aftermath of Hurricane Maria, Tampa, FL based personal injury attorney Joseph Diaco, Jr. felt helpless as he watched the despair of the people in remote cities like Arecibo, Aguadilla and Ponce in Puerto Rico. To combat the hopelessness, Diaco helped formulate a plan to bring aid to areas under a veritable media blackout. Diaco reached out to Rafael Gatzambide, Bubba Clem and the BTLS Foundation to get the word out to local businesses. All were willing and eager to help Diaco make it happen, despite enormous logistical hurdles.

To accomplish the goal, each of them donated services, logistical planning, time, supplies and money. Ana Franco of JJ Aeronautics donated the use of a Citation C500 Eagle Jet as well as pilots, the use of her hanger for supplies and her planning expertise. Rafael Gatzambide offered his unwavering support and his incredible ability to gather cash donations and supplies. Bubba Clem and Diaco Law donated money, used the BTLS Foundation to receive additional cash donation and solicited help on Bubba’s show while Diaco coordinated all of the logistics to make this effort a reality. Donations to date have included significant monetary donations in excess of $40,000.00, medical supplies, food and 1,000 Sawyer Water Filters from Waves for Water, capable of filtering 100,000 gallons of water each for a total capacity of filtering approximately 100,000,000.00 gallons of water.

Cash donations raised by Diaco through the BTLS Foundation are being used to fuel the flights where supplies are brought in and relief workers or medically needy patients are flown back to the United States. To date, two flights have successfully been made and more are planned for the near future. Diligence, empathy and compassion are proving that local people can make a difference one plane at a time. 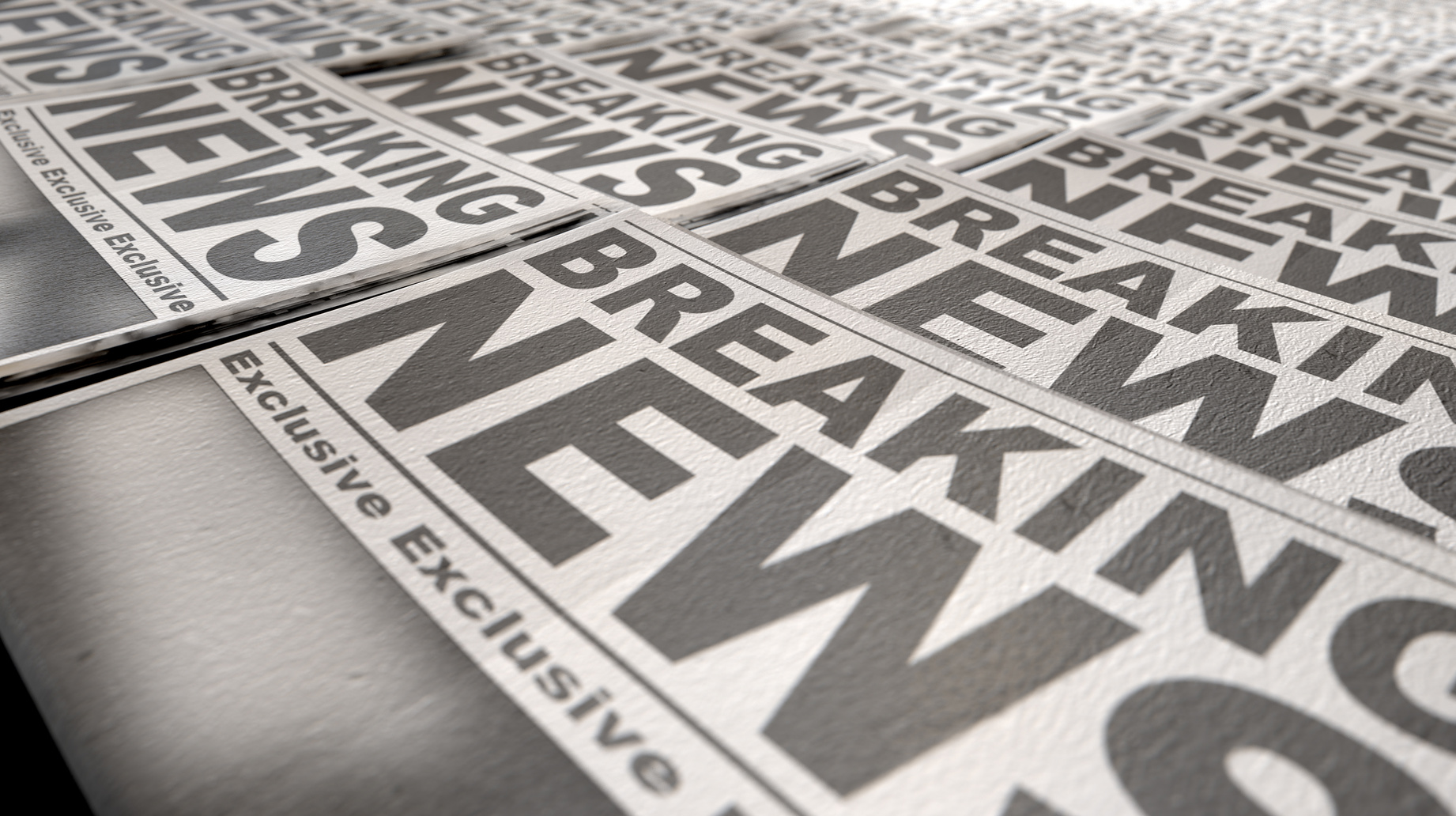 We are pleased to announce the addition of Robert W. Wunderlich, Esq. to the Diaco Law team. Mr. Wunderlich attained his BBA at Campbell University, his Master’s degree at Webster University, and his Juris Doctor at Stetson University College of Law. Prior to joining the Diaco Law team, Wunderlich served with distinction as a Green Beret Special Forces Officer. His military service record stretched from 1984 — 2004 and speaks to his determination and belief in public service.

In addition to Robert W. Wunderlich, Esq. the Diaco Law team has expanded in 2017 to include Dr. Daniel Diaco, Esq. Dr. Diaco attended Stetson University College of Law and achieved his personal goal of graduating first in his class. While working to achieve his goal, he never allowed his scholastic duties to impinge on his full-time plastic surgery practice or his precious family time. The addition of Dr. Daniel Diaco, Esq., allows Diaco Law to comprehensively analyze both medical and legal issues in catastrophic personal injury cases and complex medical malpractice cases. 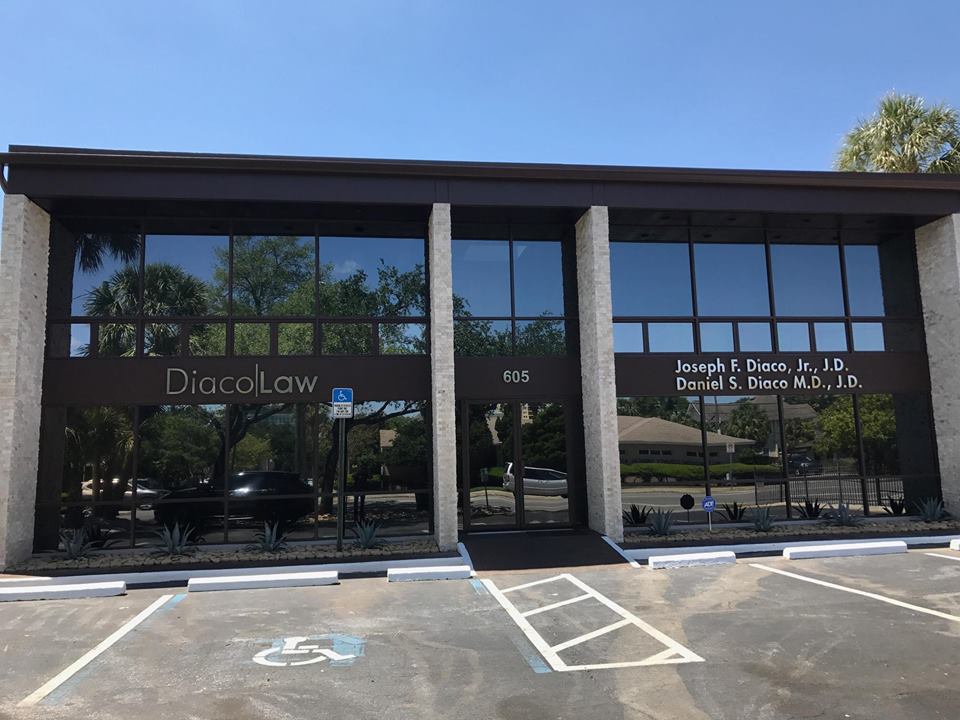 Joseph F. Diaco, Jr., Esq. of Diaco Law announced recently that his firm had completed its move into offices new offices located on S Boulevard in Tampa. The move signifies the beginning of a new era for the well-respected local firm.

The new Diaco Law office is located in Tampa at 605 S Boulevard. The office will provide much-needed space for the growing practice, while still offering a comfortable feel for clients who are seeking a hands-on approach to their case.

“My goal is to make it apparent to any client that he or she always comes first,” said Joseph F. Diaco, Jr.

“An injury suffered in an accident is a legal matter, but it is also highly private matter that should be handled quickly in a protected environment. The new law office space at 605 S Boulevard will allow me to do that. The office will allow me to act as an advocate for justice on your behalf.”

Joseph F. Diaco, Jr. has more than twenty years of experience practicing in Tampa, Florida as well as throughout the better part of the state. He is well-known for being the attorney of record for positive outcomes on commercial vehicle injury claims, medical malpractice claims and wrongful death cases.